I will often make something, take pictures, and plan to blog about it, only to put it off for several days (sometimes weeks) and then realize the food I made no longer actually fits the season. Cue in Peppermint Marshmallows – I would probably consume them all year round, but they seem rather Christmas-y. Nonetheless, because its still cold and snowy here in Illinois, I present this peppermint marshmallow goodness, perfect for melting in hot cocoa (or if you’re weird as myself and don’t really care for hot cocoa, black coffee). 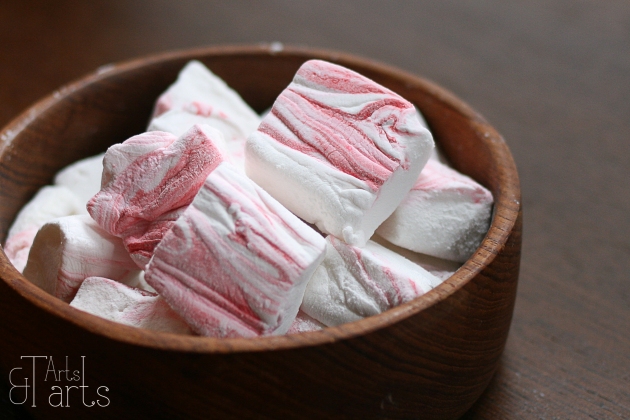 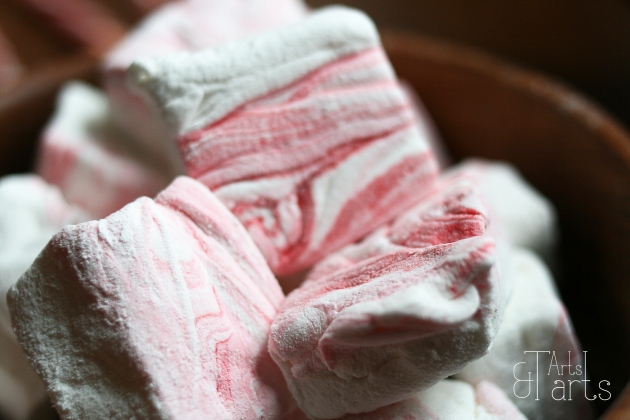 I first discovered how simple (and hysterically messy) marshmallow making is last summer with two dear friends of mine, Allyson and Maddie. We made vanilla bean marshmallows for some delicious s’mores at a cookout, and they were a huge hit. 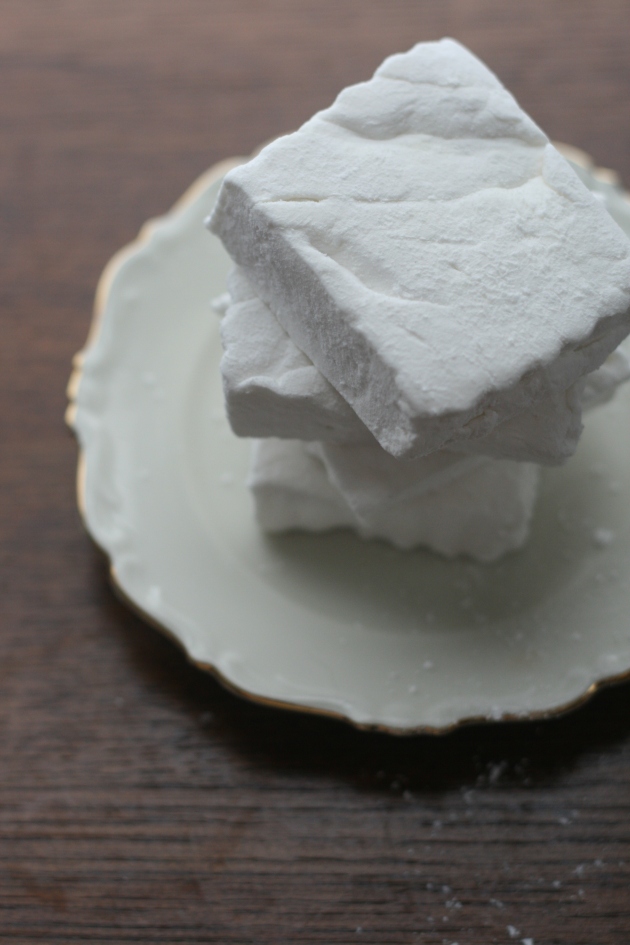 Naturally, when hot cocoa season rolled around, we just had to try out a peppermint version. 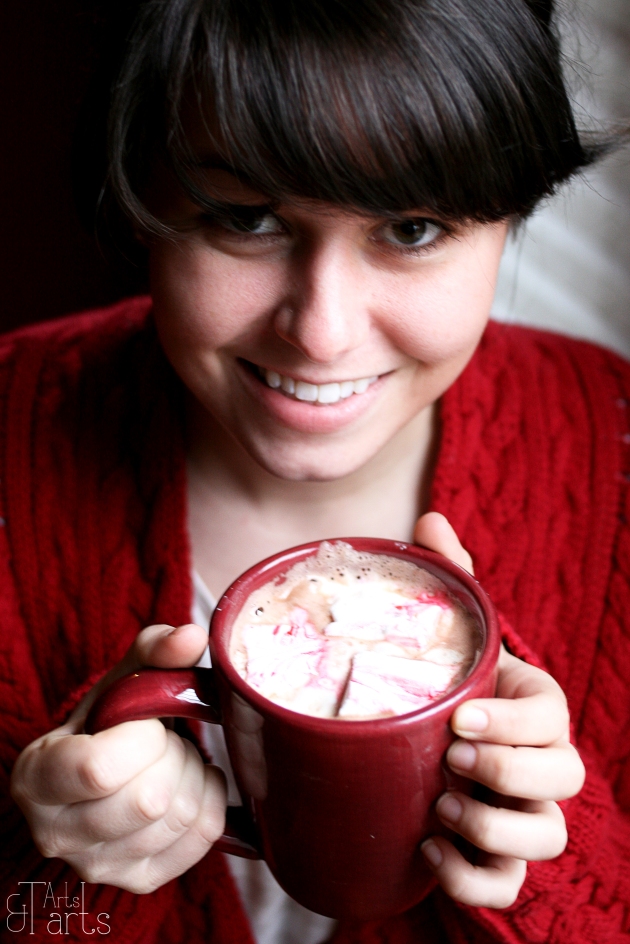 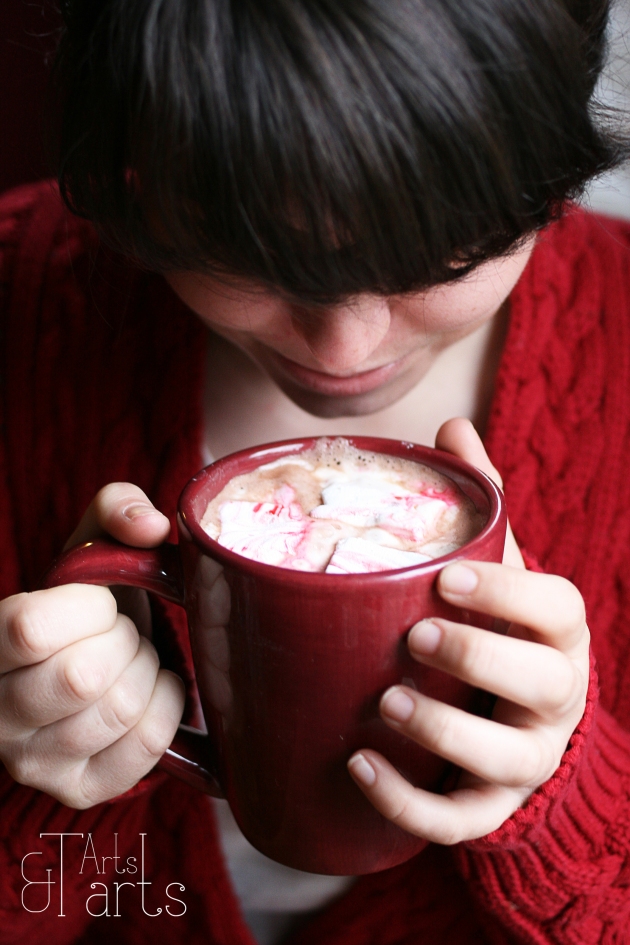 Have a blessed new year.

Pour ½ cup of the water into the bowl of a stand mixer with whisk attachment and sprinkle gelatin over the surface; set aside.

In a small saucepan combine the remaining ½ cup water, granulated sugar, corn syrup and salt. Over medium high heat and with a candy thermometer attached to the side of the pan, cook the mixture until it reaches 240 degrees F. Immediately remove the pan from the heat once temperature is reached.

Turn the mixer on low speed and, while running, slowly pour the sugar syrup down the side of the bowl into the gelatin mixture. Once all the syrup has been added, increase the speed to high and continue to whip until the mixture becomes very thick and is lukewarm, approximately 12 to 15 minutes. Add the peppermint extract during the last minute of whipping, starting with the smaller amount and increasing according to taste and desired strength.

While the mixture is whipping prepare the pans:

Combine the confectioners’ sugar and cornstarch in a small bowl. Lightly spray a 13 by 9-inch metal baking pan with nonstick cooking spray. Add the sugar and cornstarch mixture and move around to completely coat the bottom and sides of the pan. Return the remaining mixture to the bowl for later use (you may find that you need a bit extra later, just continue with a 1-1 ratio of powdered sugar and cornstarch).

When whipped, flavored and lukewarm, pour the mixture into the prepared pan, using a lightly oiled spatula for spreading evenly into the pan.  Drop about 6 drops of red food coloring around the surface of the marshmallows and use a toothpick or knife to swirl the red into the marshmallows. Dust the top with remaining sugar and cornstarch mixture to lightly cover. Reserve the rest for later. Allow the marshmallows to sit uncovered for at about 4 hours and up to overnight.

Turn the marshmallows out onto a cutting board and cut into desired shapes (a pizza wheel dusted with the confectioners’ sugar mixture works well). Once cut, dust all sides of each marshmallow with the remaining mixture, using additional if necessary.

Store in an airtight container for up to 3 weeks.

For vanilla bean marshmallows, add the scraped seeds from one vanilla bean pod into the sugar mixture before cooking. Later, replace the peppermint extract with vanilla extract. Omit food coloring.